The Joy of Keeping Hens: Goodbye to Bulbi

This is a really sad blog post to write because it’s my saying goodbye to Bulbi (aka Bulbster) – my hen with a silly “bouffant” that I have had since 2010. I never thought in a million years that I would be get to see her at this age, or that I would be saying bye in this way … but that’s life and here we are.

We received some dreadful news in October last year and I knew that it meant our hens wouldn’t be a permanent part of our future; however, one kids themselves and tries to carry on as normal, making the future delay its hand so to speak. Her ‘friend’ of six years – Flighty – died a few months back and against better judgement (some would say) we got Bulbi a companion by way of an ex battery hen from Hula. She was called Martha and oddly this newcomer relegated the previously in charge Bulbi to second position after two days. Martha was never 100% in health and sadly she passed away from egg peritonitis two days ago … this left Bulbi “friendless” once again. As any hen keeper will know, chickens do best when in a flock … so I knew I had to deal with the future square on this time.

Lots of people kindly offered to take Bulbi but none of them felt completely right .. so when McRae (a friend of Nick’s and someone I used to work with back in 2007) offered her a home with his flock, and I saw the pictures of his set up, I just knew my little girl would be well looked after into her old age. I can’t thank him enough for alleviating my worries – he even drove all the way to Bicester this Saturday to get her!

Anyways, the point of this blog is to celebrate my hens wonderful life, and highlight just how amazing these birds are!

Hens, and Bulbi in particular, were my first adult pet. I had dogs growing up, but as an adult, and as a couple, hens were our first proper pets. We got them in March 2010 from a farm where they were all roaming free, just as hens should do. I chose Bulbi because of her silly “hair” – it was busy and ridiculous. She looked a fool and it made me laugh. She also laid blue eggs and we thought this was pretty cool …

Right from the start she was odd. For starters, she didn’t lay eggs for about 8 months (we bought them at Point of Lay). It went on so long I actually called up the farm to ask what was going on .. the guy laughed and said “she’s a hen, they lay eggs” (not mine I thought!). She did eventually I should add … about 9 months late but she’s still doing so over 7 years later so that delay might have been a good thing … 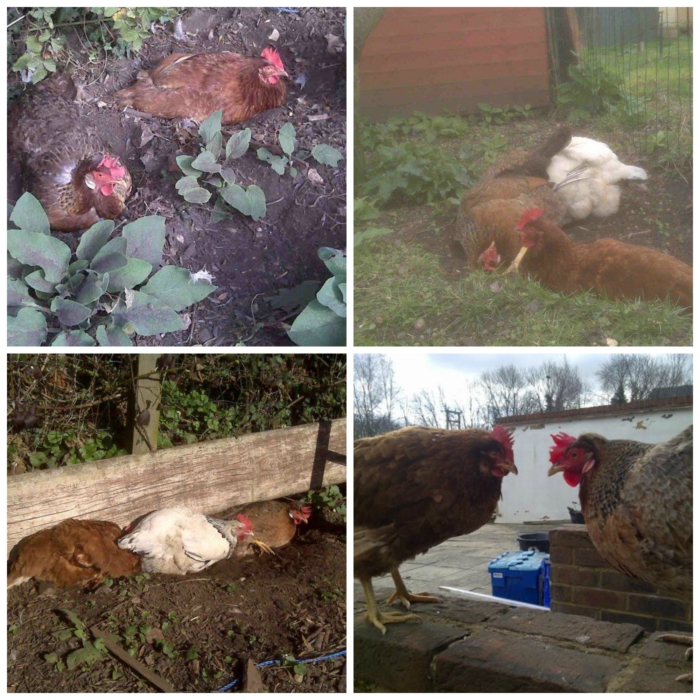 She “broke” a wing on one occasion … I put this in quotation marks as she really didn’t break a wing, it was a fake illness (yes hens DO fake illness and injury, lol) when she was being hen pecked by the others. The first winter she was with us it was snowing heavily in December and she had flown to a post in the garden and decided at that point it was far too icy and cold to get back to her run so she just sat there … and sat there … for hours, not moving an inch! I had to go fetch her or I’ve no clue what she would have done overnight, just sit there?

We clipped her wings, which should have stopped her being able to fly. But she still flew, into the tree house, over the fence and into the adjoining gardens where she would regularly scavenge for berries and other delights. She can still fly over a 6ft fence we have surrounding Pankee’s enclosure, it has a roller system which stops cats escaping and creatures getting in … but doesn’t stop Bulbi so clearly she’s flying straight over.

She fell in love with something white and dreamy called yogurt, and her most favourite thing in the world is a bowl full of the stuff topped with blueberries and worms. She used to regularly terrorize our vege patch and absolutely demolish all berry bushes, peck away at all the special strawberry plants and steal the peas! We taught the hens to jump for berries and I’ve got a wonderful video of them all jumping up to get them from my hand … all except Bulbi who was always a little thick we felt, she spent a lot of time staring into bushes and eating. This is a hen after my own heart and she just loves food! I mean loves loves loves it. She moans for the good stuff from the moment she wake up .. we try to give the hens their pellets in the day and treats at night, but she makes such a racket for something else if she can see you in the kitchen window. The hens have had the finest foods here and Bulbi appreciated this the most I feel. She’s demanded such foods as cous cous, quinoa, seeds, roasted onion and squash, salmon, blueberries and watermelon… 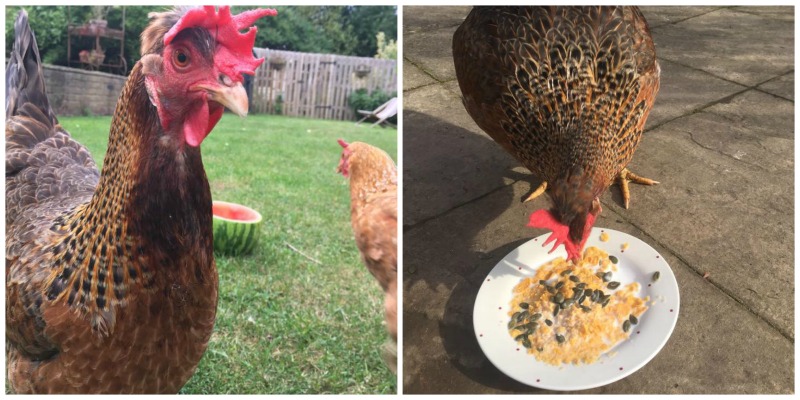 Hens enjoy foraging but they also enjoy tasty morsels and a big variety of species appropriate food (there is an argument that not all the above is “appropriate” but it certainly worked out ok for Bulbi). My girls had such unique characters and made us realise early on how disgusting and selfish the egg / meat industry is, especially around chickens for food and eggs. I became vegetarian back in 2010 after we got the girls and I’ve not looked back. People don’t realise how amazing these birds are until they have one – I didn’t. When you buy the cheapest meat in the supermarket, please realise and understand what a cruel industry it is you are supporting by your choice of product. I fully appreciate meat is something many people are unable / unwilling to give up, but do at least spend more money so you are buying a quality product, where the animals have had the opportunity to live a decent life before being slaughtered.

The hens I’ve had over the last 7 years (Flighty, Dunkey, Bulbi, Truffel, Eric and Quailey) taught me so much .. you learn to appreciate the simple things in life when keeping hens; and you also learn to notice small things that mean they are unwell, or fearful, you see what makes them happy and to be honest this is simple: lots of space to wander and forage, they need an area to bath in the dry mud and shelter under bushes or trees. They need to scratch in real earth and munch grass and other vegetation. They need space to get away from each other if they want to and stretch out in the sun. When you watch hens you realise just how awful humans are in continuing to fund the ‘caged egg and cheap meat ‘ demand because we can’t spend a few extra pennies on animal welfare. 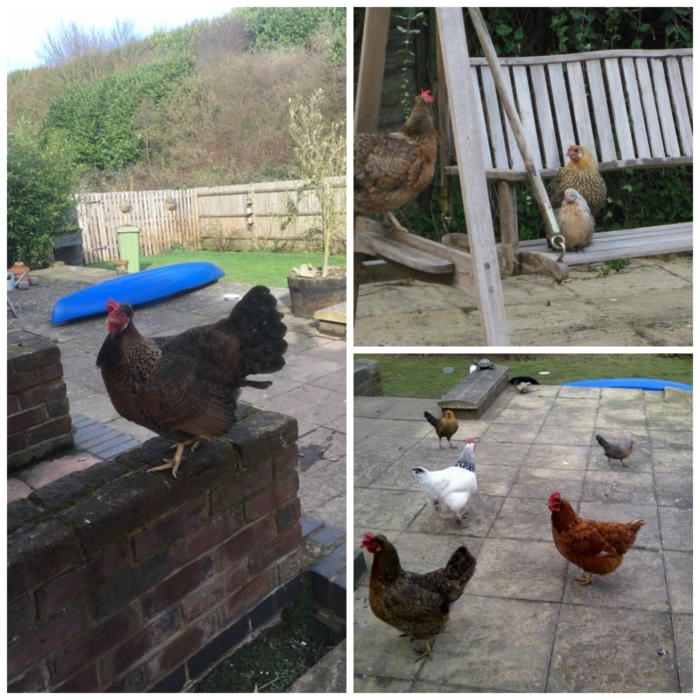 I’ve written this blog post in the garden on the last night Bulbi is here (31st March 2017); she’s currently scratting around for the bits of rice, broccoli and worms I scattered on the grass for her earlier and also exploring Pankee’s patch of the garden. In the morning we’ll set off early and she’ll be in her new home by lunch time. I’ll miss her dearly but know she’s going to the best possible place.

I hope this post, if nothing else, helps you see chickens as more than just a cheap food to be consumed but as the loving unique animals they are. Don’t buy the cheapest chicken on the shelf but choose the one that costs more yet ensures that the chicken has had a decent life. They deserve respect, good homes, love and the space to live their lives outside where they belong. Not in a run, not in an Omelett Eglu but in an open farm (or your whole garden) running and flying free like all birds should be.

With all my love Bulbster 🙂 xx